45 km southwest of Kota : - about an hours drive from Kota. The road to these beautiful ninth to twelfth century temples runs parallel to the river Chambal and enters the the Darah Wild Life Sanctuary through a lovely thickly wooded ghat (hill) section. Badoli Temples are in a grove and have some of the best temple architecture that can be seen in Rajasthan. Total of 73 Temples were said to have been built here between 9th and12th C. in Nagar Style by the Rulers of Bhensrodgadh. These temples resemble the Khajuraho and Nagda Temples. Originally there were 42 Shiva, 22 Vishnu and 9 Surya, with Ganesh & other temples here.

The main surviving temple here is the Ghateshwara Mahadeo temple. In front of it is the mandap (hall). The entire Ghateshwar Mahadeo temple is beautifuly adorned with amorous figures of apsaras (nymphs), and the deities Ganga and Yamuna carved with delicate grace. This 58 ft. high Ghateshwar Mahadev Temple is the best of the surviving temples. This Temple has a very nice ‘Kalash’ at the top and a finely carved flag bearer Carvings on all surviving temples are very beautiful. Next to it on one side is the temple of Ganesh and on the other is that of Kali. There is also a Trimurti temple here. Unfortunately many of the figers were disfigured by Muslim armies in medieval times.

There is a smaller group of damaged temples set around a small rectangular pool. The famous statue of Shesh Shayyi Vishnua, the reclining Vishnu, now on view at the Government Museum, Kota, was originally from here. The courtyard is littered with beautiful carved stone pieces from the remains of the destroyed buildings here, including a torana (gate). Some of the good pieces lie in a store near these temples and can be viewed with permission of the Archaeological Survey of India. 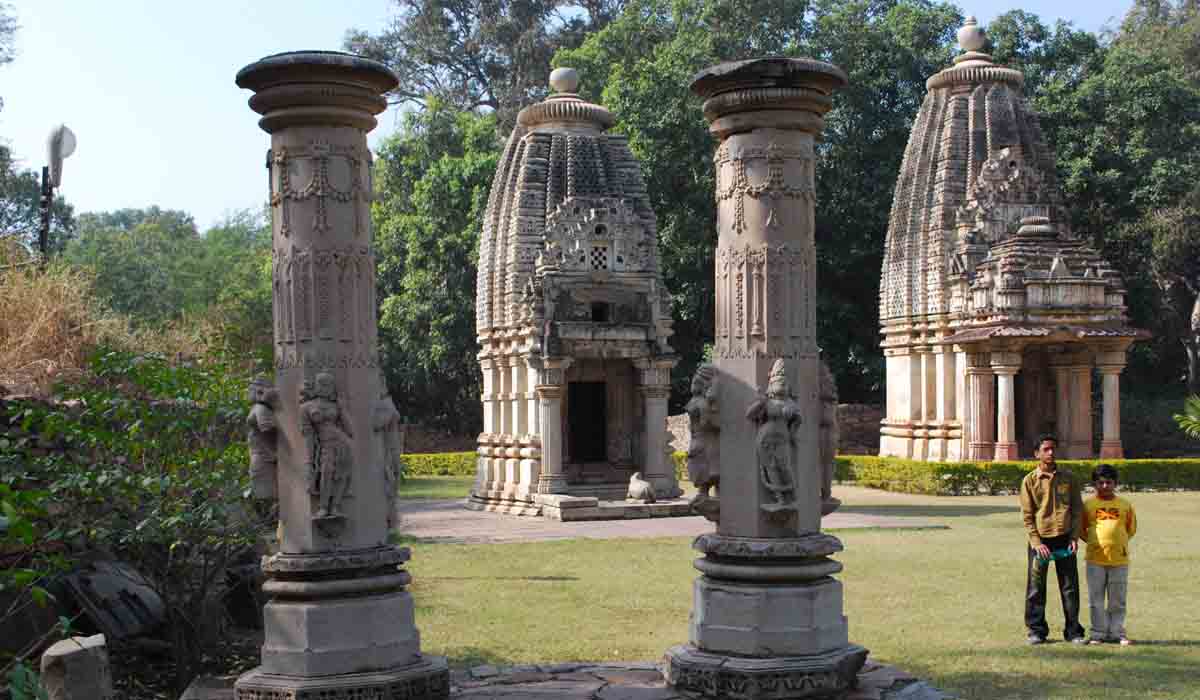 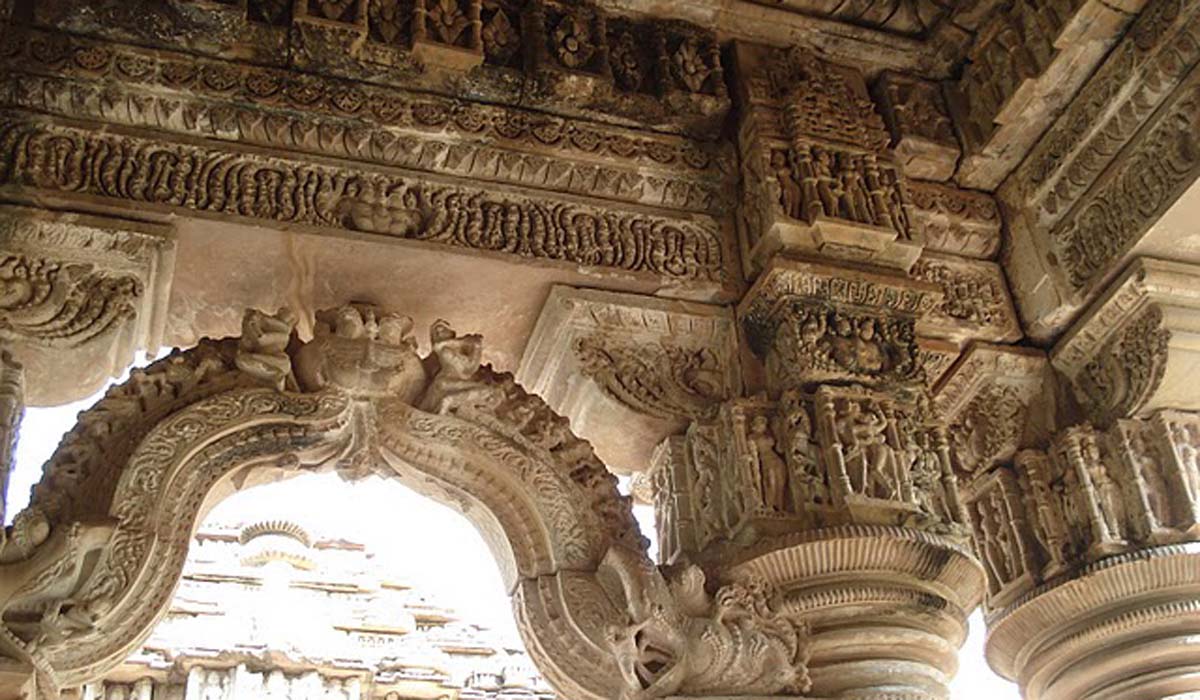 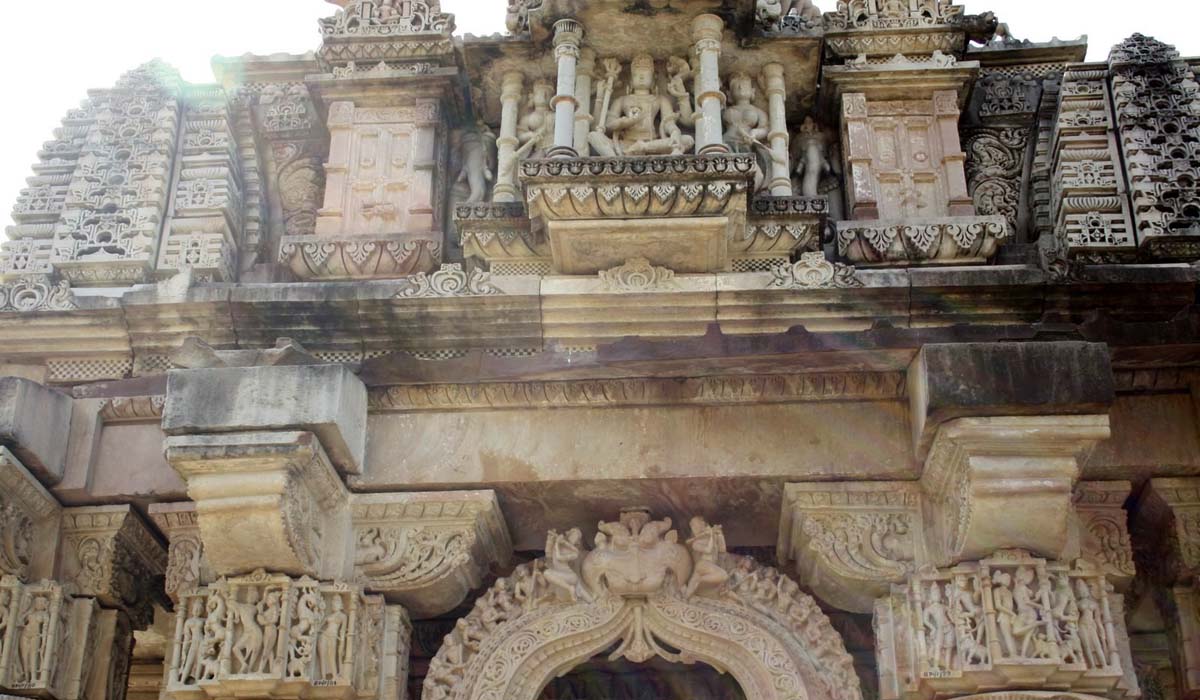 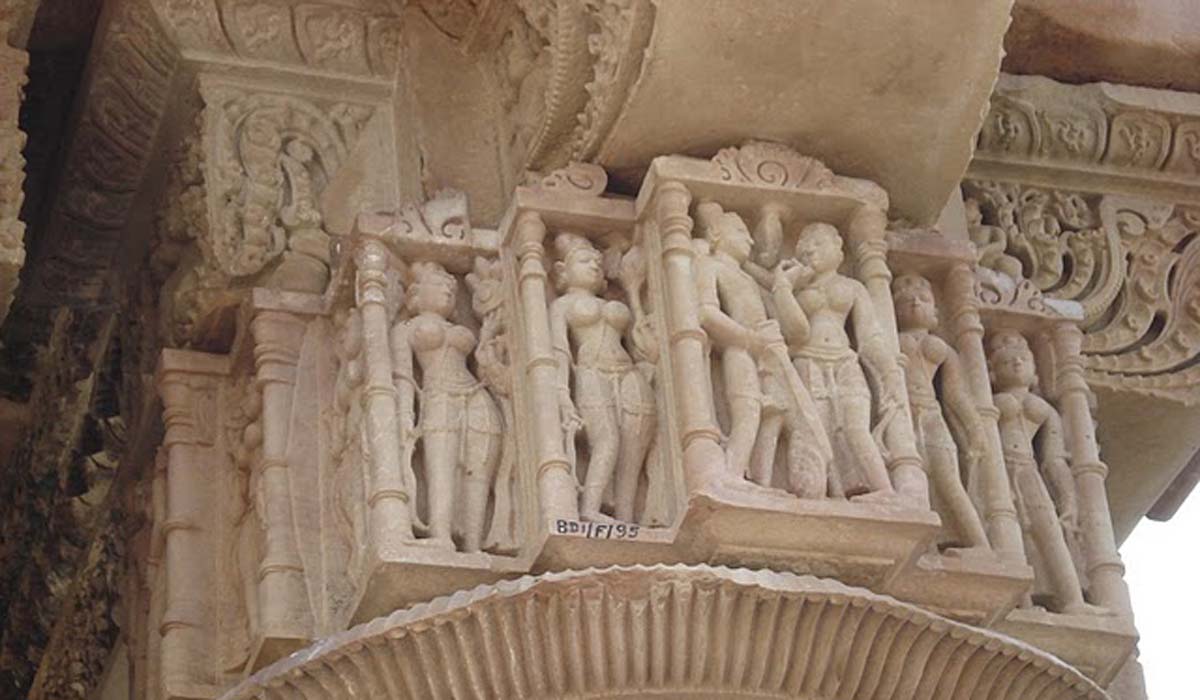 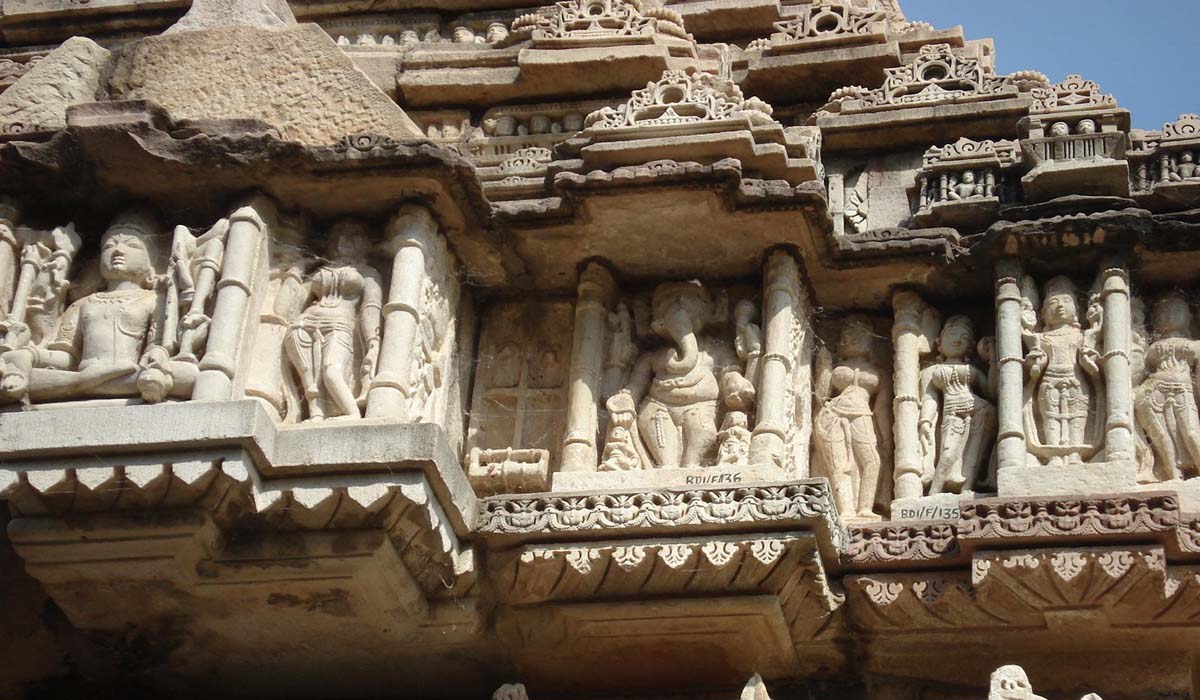 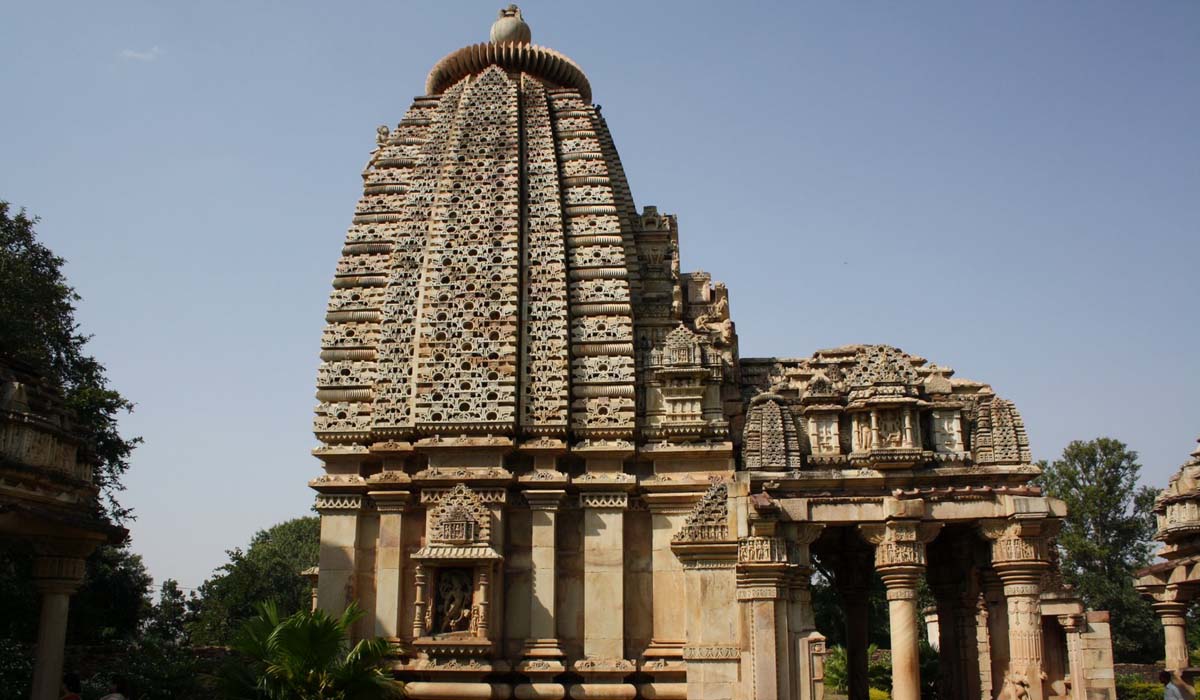 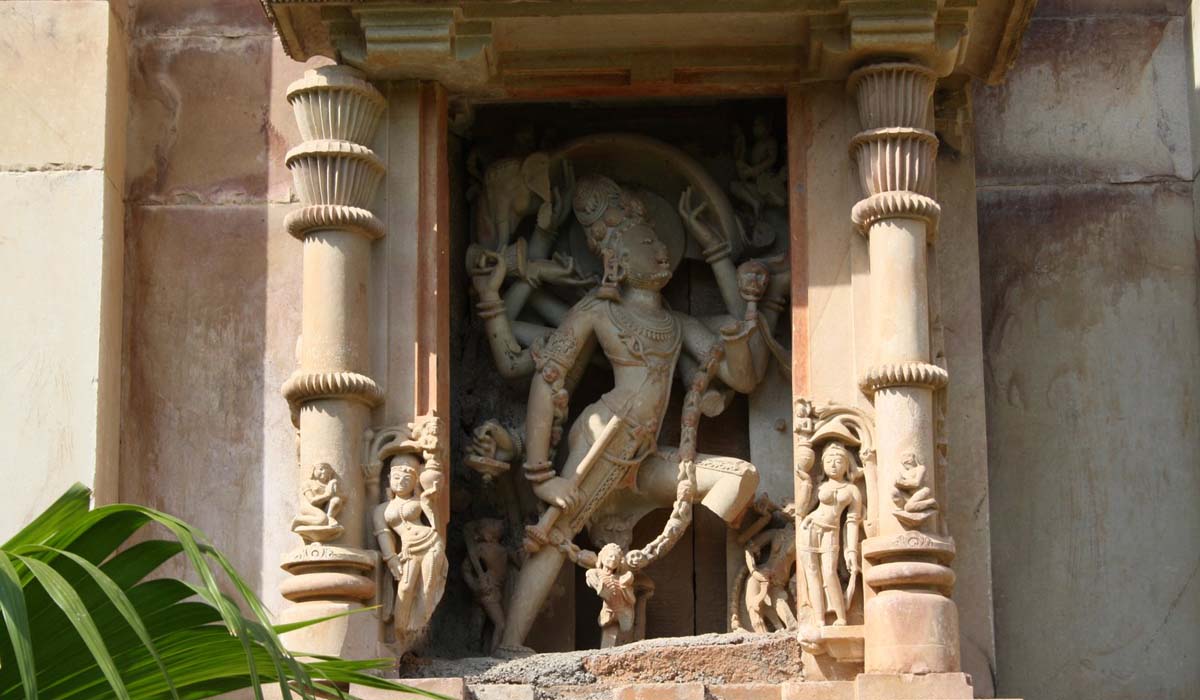 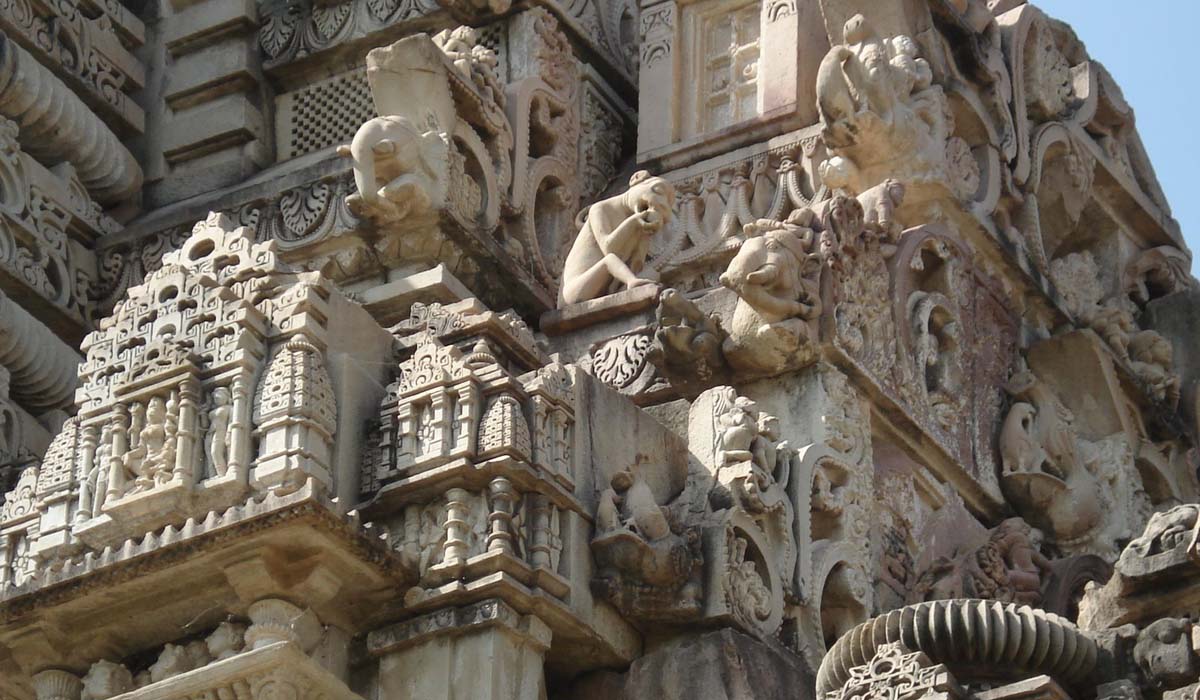